MINIMALISM IN THE INTERIOR

For a comfortable life, a person needs much less things than he is used to using every day. Moreover, we often fill the interior space of our home with things that are absolutely unnecessary from a practical point of view. Back in the 19th century, people could afford to live in multi-room mansions and fill their interiors with unpractical and bulky furniture. But with the growth of cities, the functional practicality of every square meter of living space has become increasingly appreciated. In this situation, the interior in the style of minimalism has become an ideal way to ensure a comfortable stay in almost any area. 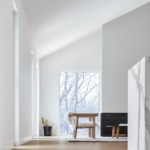 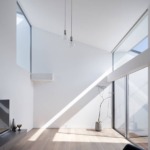 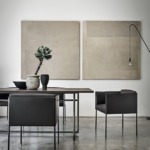 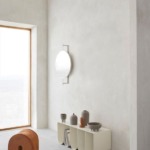 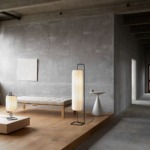 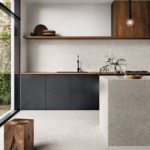 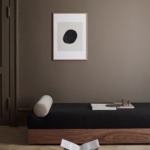 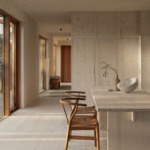 No matter how strange it may sound, minimalist design originated in the early Middle Ages on the islands of Japan. In this region of the globe, the problem of the distribution of living space has been acute in almost all eras of written history. The desire to save space determined the main features of this interior style. First of all, the lack of furniture in its usual sense is striking. Minimalist projects include numerous niches, wall cabinets, as well as a wide variety of options for folding tables, beds or even sofas. This layout allows you to provide several people with sleeping places and at the same time use this room as an office or living room. Modern designers who have chosen minimalism as their style not only borrow ideas from the Japanese tradition, but also strive to develop their own concepts. So, a minimalist kitchen can almost instantly turn into a living room or be an organic part of it. The main idea of ​​this method of interior styling is to endow the minimum of items with the widest functionality. We can talk not only about space, but also about elementary household items. Through the efforts of designers, a washbasin can turn into a cutting table, and an unremarkable wall can turn into a closet that contains all the owner’s belongings.

First of all, you should be aware that the use of such a style as minimalism in design is not necessarily due to its small size. For many people, it is simply vital that there is a lot of space around them. The consequence of this are such characteristic features of the style as: large windows with a minimum number of partitions, wide doorways, light colors of the interior, as well as the use of several light sources. The role of light within this style should be said separately. First of all, minimalist furniture may be absent as such, sofas are replaced by tatami or mats, and cabinets become part of the walls. Therefore, the play of light and shadow is actively used to delimit space. A shadow falling on a light surface can smooth corners, delimit space or hide part of it. It is especially important that such use of light fits perfectly into the framework of the style. An example of this is a bedroom in the style of minimalism, which is separated from the rest of the apartment only by a shadow. At the same time, the bedroom space is perceived as a separate room.

Historically, apartment interior in the style of minimalism is designed either in pastel colors or a set of contrasting colors, the number of which should not exceed three. The main reasons for this choice are to preserve the possibility of using the play of light and shadow and creating a visual spaciousness of the interior space of the living space. Moreover, decoration can be a tool for zoning interior space. For greater clarity, you can imagine a minimalist living room, which will be separated from the rest of the apartment by a dark outline along the walls or the presence of textured wallpaper in a certain part of the ceiling. On our website interior designers presented their work and you can see a large number of photos in the style of minimalism in the interior, which most clearly demonstrate the general principles, as well as the benefits of its use in a single apartment. It should be noted that the minimum set of items in the interior does not mean its poverty, both in direct and figurative style. On numerous photos of interiors in the style of minimalism, you can see to what extent each of their details is worked out. Here you will not see random items, only what is needed and only what is really functional. These words express the whole essence of minimalism, which implies the presence of only the most necessary and most refined.