EMPIRE STYLE IN THE INTERIOR

Only this style of interior can not only immerse you in the times of Ancient Greece and Rome, but conquer with luxury, tranquility, and wealth. After all, the Empire style was born during the Napoleonic Empire, became a follower of magnificent classicism, but even more allowed to show the craving of the aristocracy for ostentatious greatness. Of course, over the centuries, this style of interior has undergone some changes. But its essence remained the same to shine and amaze with its splendor. 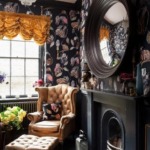 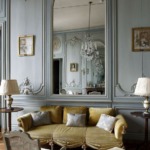 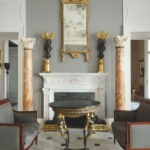 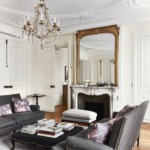 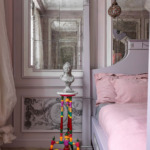 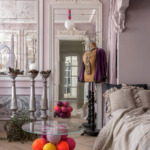 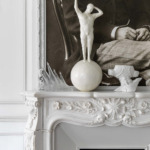 EMPIRE IN THE INTERIOR

Interior design in the Empire style can only be fully implemented in large rooms with high ceilings. In small rooms, the space will shrink and put pressure on visitors due to the abundance of heavy elements. Massive draperies, metal decorations, antique wall hangings and paintings in heavy decorated frames are all the most important components of such an interior. Therefore, the design project of an apartment in the Empire style can only be implemented in modern apartments or, conversely, in old multi-storey buildings. In this style, the highest attention is paid to the originality of the finish. It is preferable to replace the wallpaper with a heavy fabric, which is then used to cover the shades of room lamps.

It is hardly possible to find any other style of interior where the role of furniture would be so high . Wooden furniture in the Empire style interior becomes not so much a functional element as a decoration of the space, its main highlight. Another task of furniture is to create an intellectual, even slightly formal atmosphere. Therefore, the Empire style is often found in the interior of offices. The main style rule is to avoid tall furniture. All elements should be low, massive, rectangular and preferably dark in color. Mahogany furniture is a classic of this style, but the use of furniture in black or chestnut colors, upholstered in good leather, is popular. If you plan to bring to life modern house design in the Empire style, pick up wide easy chairs with a low back. You can complement the room with dressers that are fashionable today, which are also typical of this style. The appearance of furniture can be quite original, but always very expensive. Often, furniture is decorated with gilded overlays or bronze items, decorated with patterns in the form of shields or helmets, crossed swords or mines. Carved decorations and the exclusive texture of furniture always remain in sight, the legs of chairs and sofas can be made in the form of paws of a lion or a griffin. And the figures of lions, sphinxes and swans support the armrests of the chairs. Cabinets and chests of drawers are also decorated no less original. Antique columns, figurines of the goddess of victory Nike and other traces of the history of Ancient Greece and Rome are a common theme of the Empire style. The majestic and rich Empire style is not suitable for large and friendly families. People who are lonely, with a melancholy temperament, feel more comfortable in it. But it is to them that the peaceful atmosphere of the interior gives peace of mind and harmony with the outside world.